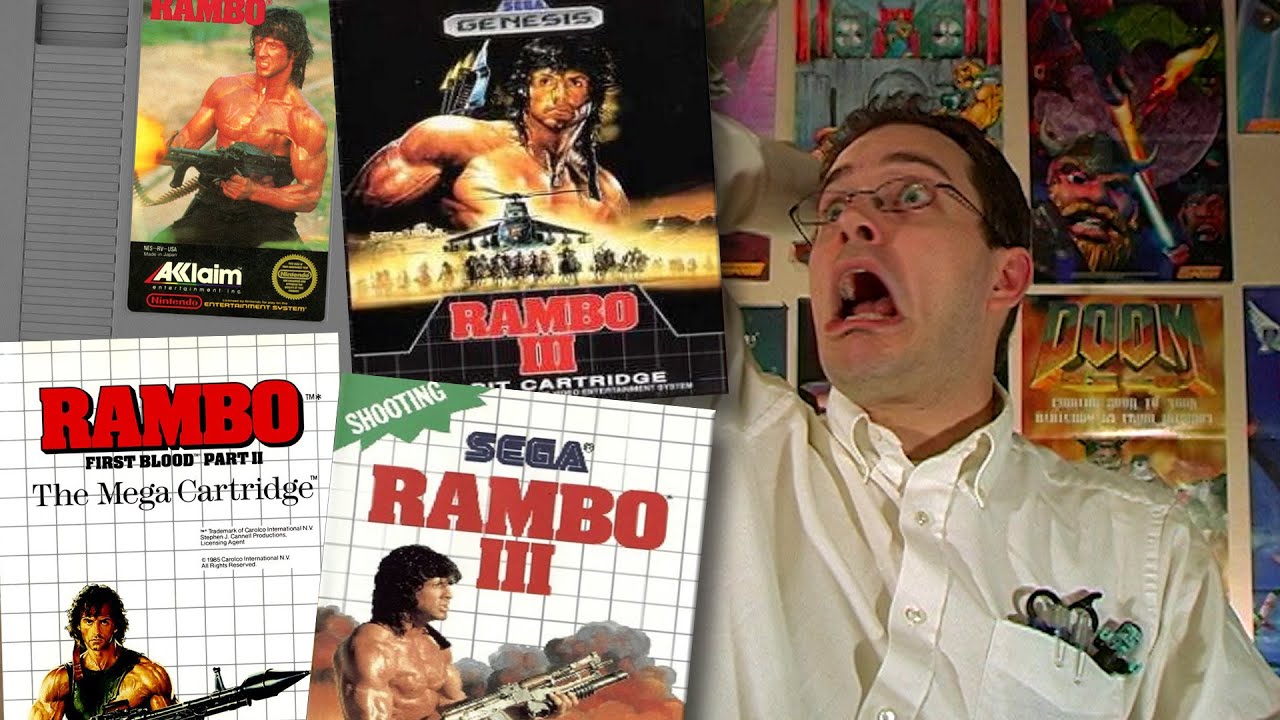 The Nerd finds himself in action hell, as he looks at three bad games for the NES and SMS, based on the Rambo film series. This is Angry Video Game Nerd Episode 41.

The Rambo films were some of the most popular action movies of the 80’s. The character John Rambo was first introduced in David Morell’s novel “First Blood” and made more famous by the movie adaptation of the same name starring Sylvester Stallone. It went on to produce three sequels, an animated series, comic books and of course video games. The first Rambo game was released in 1988 on the NES. Simply titled “Rambo,” it was based on the events in Rambo: First Blood Part ll, but instead of being the fun shoot ’em up action game it could have been, it was nothing but a confusing Zelda ll rip-off. With stiff controls, a lengthy password system, and a tough to navigate map, the game was a complete disaster.
The Nerd not only sits down to review this game, but also Rambo: First Blood Part 2 and Rambo 3 on the Sega Master System. He also addresses the inconsistencies of the films titles once and for all.