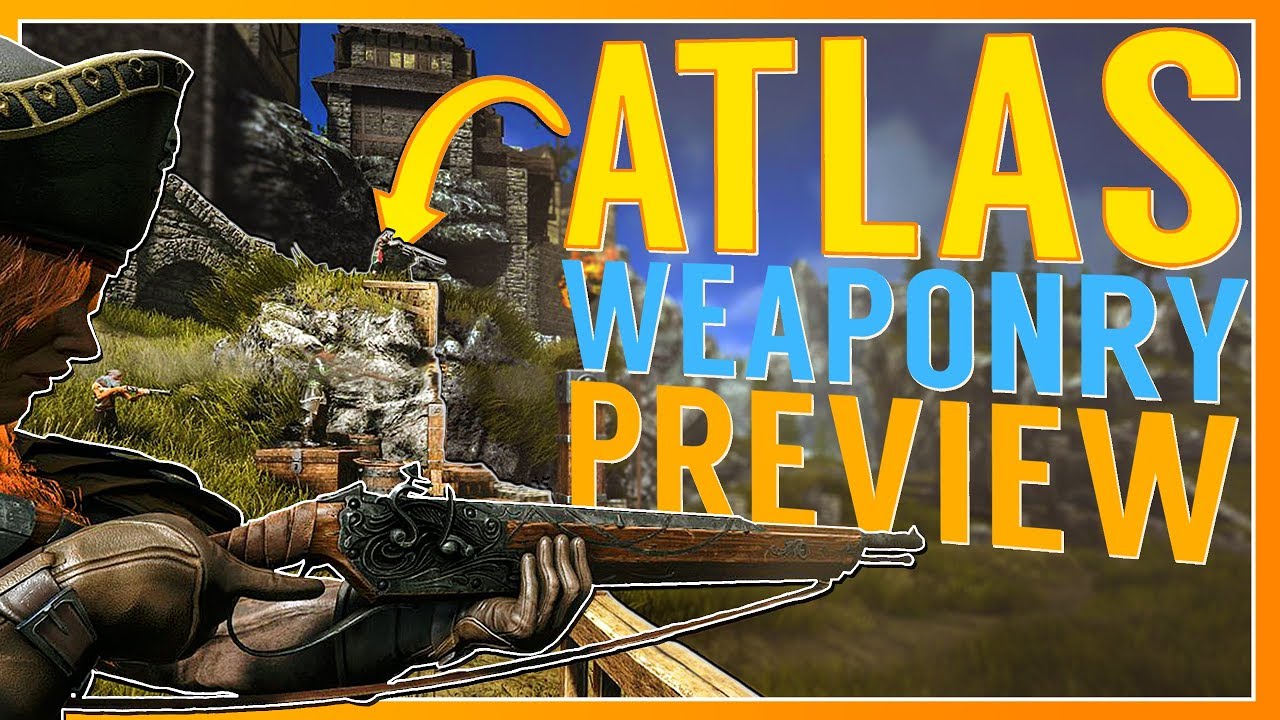 Today we preview Atlas, the upcoming pirate MMO and what weapons will be available at launch on the release date of Dec. 19, 2018. We look at black powder weapons, sword fighting mechanics, powerful siege weapons, fist fighting, and how every aspect of combat will be affected by the character progression system of skills and disciplines.

G-PORTAL
My patreon community is sponsored by the amazing people at G-Portal servers. If you ever need a server to play your favourite games with friends, rely on these guys! ►

ATLAS is the ultimate survival MMO on an unprecedented scale. Join an endless adventure of piracy & sailing, exploration & combat, roleplaying & progression, settlement & civilization-building, in one of the largest game worlds ever! Explore, Build, Conquer! Atlas will be available on Steam on December 19th, 2019.

ABOUT ATLAS
►From the creators of ARK: Survival Evolved comes ATLAS – a massively multiplayer first-and-third-person fantasy pirate adventure.
►ATLAS will host up to 40,000 players exploring the same Globe simultaneously, with an unprecedented scale of cooperation and conflict!
►Stake your claim in this endless open world as you conquer territory, construct ships, search for buried treasure, assemble forts, plunder settlements and hire crew to join your powerful growing armada.
►Start small then expand your spheres of influence from a small island, up to an unstoppable pirate empire that spans across the oceans. Wage battle against enemy fleets!
►Dive deep into the briny water to explore permanent sunken wrecks and recover salvage, unearth the loot from procedurally-generated Treasure Maps and challenge zones, or complete challenging main questlines.

ATLAS FEATURES
►EXPLORE: Physically sail in real-time across the vast oceans with the proprietary server network technology. Explorers will voyage to over 700 unique landmasses across 45,000 square kilometers, with thousands of Discovery Zones, and ten distinct world regions each having their own unique resources, creatures, secrets, and environment hazards!
►BUILD: Construct drydocks and start with a dinghy rowboat, basic raft, tiny sloop or nimble schooner, moving on up to your own versatile brigantine or titanic galleon capable of transporting hundreds of crew and extensive cargo.
►COMMAND: Captain your Crew! Recruit real players and AI crew from freeports or rescue seasoned crew from destroyed “Army of the Damned” shipwrecks to man distinct stations on your boat!
►FIGHT: Everything is up for grabs including player’s ships, their crew, their pets, their forts, their land, and their booty. If you can get your hands on it, you can take it. A ship’s permanent logbook tells the tale of their legendary travel, exploits and ownership.
Tactical melee combat systems with blocks, parries, dodges, character motion, optional shields, stunning and strength-varying strikes, directional attacks, and more for use in either first or third person perspectives. Fists, swords, maces, blackjacks, daggers, and much more!
►ROLEPLAY: Be the Hero or Villain you were meant to be! MMO-scale character progression systems include, at launch, over 15 Disciplines with over 300 Skills, in a vast unlockable tree. Extensive character visual customization enables an endless range of realistic (and not-so-realistic) characters, with a vast array of sliders, morphs, muscle tones, and tweakable values. If someone exists in the real world, they should be creatable in ATLAS and real-time aging systems allow you to get old.
►TAME & BREED: More than 50 creatures at launch varying from breedable utilitarian farm animals & shoulder mounted parrots and monkeys that offer unique buffs, all the way to magical mermaids and gigantic sea monsters of legend.
►PLAY WITH FRIENDS: Level-capped starter zones allow you to learn the ropes and meet new players in a safe space before you venture out into the great unknown. Where the wind and destiny takes you beyond that, is up to the gods!
►CUSTOMIZE: ATLAS will launch with powerful Mod and Server Functionalities. Want to build a WWII Spitfire? Or a Flying Fortress bomber with machine guns and rocket launchers? How about a Tank? An Aircraft Carrier? A Steampunk Airship floating through a cloud-world? These examples are possible with the ATLAS Dev Kit.