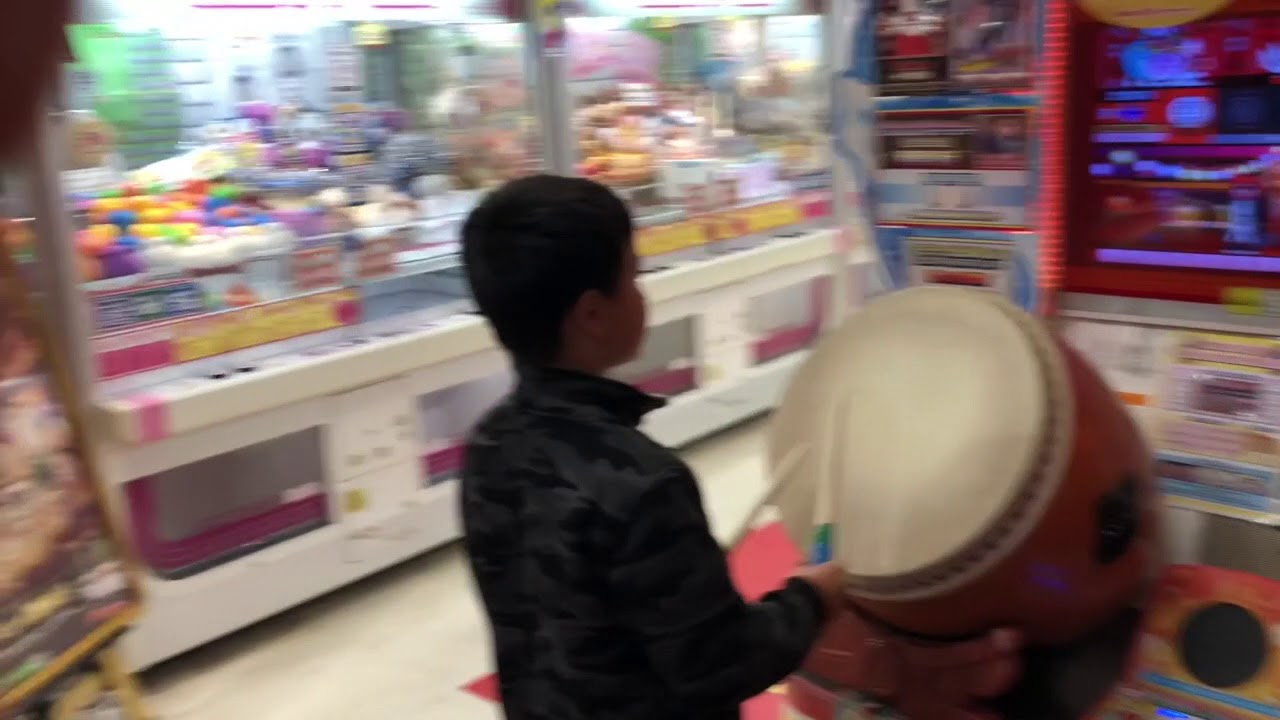 The Taiko drumming game gets its roots from playing the musical drum, which is a popular thing that is played in Japan. The arcade version of the game is a 1-2 player game consisting of two big taiko drums and a large screen. Each player has its own drum and two drum sticks. The game can also be played as a one player game where you use one of the drums. I have seen people that are really good at this game using both drums to play, there may be a setting for the game which allows one person to play two drums at once. It’s nothing that I have ever looked for since the menus are all in Japanese. We normally just keep to the basic game play, of one vs. one mode. A typical game consists of three songs, with most songs having different grades of difficulty. In two player mode you both can choose your own difficulty level while playing the same song.
Object of the game

The drum has two parts that can be hit with the drum sticks, the main section of the drum and the outer rim of the drum. On the screen you will see symbols moving across the screen and when they go past the left handside of the screen you hit the drum in the way that corresponds to the symbol. Small red faces mean one hit of the centre of the drum and the small blue face means you the outer side side of the drum. The drum strikes will go in rhymthm to the music that you’ve chosen to play to. There are also other variation of symbols, like a big red or blue face, which means you hit the drum with both sticks at once.
Versions of the game

The game has been released on many different platforms, like Playstation, Nintendo wii and iOS devices. A review of the iOS version of the game will becoming soon to the blog.
There have been many releases in Japan with updates, like new music etc. The game has also been released once in North America, going by the name of “Taiko: Drum Master” and is available as a Playstation 2 game, which came out 2004. The nature of the game being you are playing a Japanese drum makes the main market target of the game is Japan.

The music is normally a mixture of j-pop songs, classical music, children’s songs and songs made just for game use.